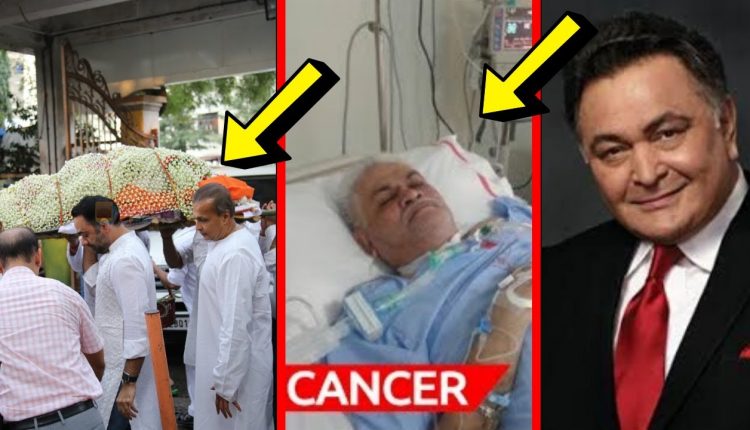 Mumbai: Veteran bollywood actor, director and producer Rishi Kapoor died after a two-year-long battle with cancer. The 67-year-old actor was admitted in H N Reliance hospital, where he breathed his last today morning.

He won many awards for his outstanding performances in Indian cinema. Rishi Kapoor has enacted opposite to his wife Neetu Kapoor in twelve films. Kapoor made his debut as a child actor in 1970 in his father Raj Kapoor’s film “Mera Naam Joker” (“My Name is Joker”).

His first lead role — in the 1973 romantic film “Bobby” — won him the Filmfare Award, India’s equivalent of the Oscars, for Best Actor.Over the course of his career, Kapoor acted in more than 100 films. Rishi Kapoor completed his studies form Campion School, Mumbai and later on did his graduation from Mayo College, Ajmer.

Odisha Governer Prof Ganeshilal tweeted, it is a huge loss to Indian cinema. He will be remembered for his versatile acting career spanning more than 50years. Chief Minister Naveen Patnaik tweeted, Indian cinema lost one of the iconic actors who had left an imprint with many memorable movies.
Kapoor’s death comes one day after the death of fellow Bollywood actor Irrfan Khan, who was known internationally for his roles in “Life Of Pi” and “Slumdog Millionaire.”

A World Class Museum Complex Will Be Set Up in State: CM

No Inmates Should Suffer: Naveen

“Atal Ji will always be remembered for AIIMS in Odisha”

Berhampur Bride Protest; The Voice of a brave lady