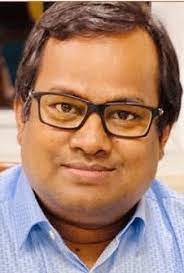 Bhubaneswar: Absolving Principal Secretary Bishnupada Sethi from the allegation of wrongful reimbursement of medical bills during his tenure as Management-in-Charge of Odisha State Co-operative Bank (OSCB), the Lokayukta has not only appreciated the conduct of this senior bureaucrat for returning the said amount to the bank, it has directed the State government to consider reimburse the medical bills in question as per rules.

In his order passed today, Lokayukta has also rejected another allegation that Bishnupada misused his office to receive bonus illegally from OSCB.

“Sethi clearly became entitled to receive bonus under section 56 (2)(f) of the Odisha Cooperative Societies Act. Therefore the allegation that Sri Sethi by misusing his office illegally received bonus from the OSCB is wholly without any foundation and we accordingly reject the same,” pronounced the Lokayukta in its order.

The Lokayukta has cited the findings of the Director of Inquiry appointed by it to go into details about these two allegations leveled against Bishnupada.

The Director of Inquiry in its observation stated, “Sri Sethi has admitted that he was Management in-charge of the OSCB from 06.02.2013 to 28.07.2015. He has also admitted to have reimbursed a sum of Rs. 3,27,000/- on three occasions towards medical expenses for the treatment of his father, Sri Bhajahari Sethi and wife, Mrs. Vaisali Sethi. He has categorically denied availing medical expenses amounting to Rs. 9,46,071. According to him the medical bills were in fact reimbursed to him from the fund of bank after permission from the State Government. He has also filed certain documents in support of his this stand. As regards allegation of receiving bonus from the OSCB, Sri Sethi has stated that he is entitled for the same because he as a Government servant was engaged whole time in connection with the affairs of the OSCB and section 56 (2)(f) of the Odisha State Cooperative Bank Act, 1962 permits such payment of bonus.”

The Director of Inquiry gave the finding that Sri Sethi had lawfully reimbursed the medical bills amounting to Rs. 3,27,000/- on different occasions from the fund of the bank after receiving permission from the State Government. Despite this finding of the Director of Inquiry in his favour, Sri Sethi as a good will gesture has returned the entire amount of Rs. 3,27,000/- to the OSCB on 25.06.2021 by making payment through three cheques of the same date, Lokayukta said in its order while putting on record its appreciation of such a conduct of this senior bureaucrat.

Pertinent to mention here that Lokayukta had earlier exonerated Sethi from similar allegations made against him while he was the Manging Director of OMFED. Sethi is now the Principal Secretary, Revenue & Disaster Management, Information & Public Relations as well as the Chairman-cum-Managing Director Odisha Hydro Power Corporation.